There are no extreme weather events that are outside the norm to be expected. Models predicted the coral whitening, yet today here, now…the coral extent around Australia is at an all time high. So the models predicted wrong.
And the corals have went through this cycle for years.

Wildfires are a fraction that of the 19th century in America.  Hurricanes have decreased, not increased.  Tornadoes are less deadly than ever and F3 tornadoes are fewer than ever.

The IPCC – which is the GLOBAL CLIMATE CHANGE mouthpiece and has been for nearly 30 years- ranked almost all of that as “Low confidence” that it was happening…yet. They still think it will sometime, in the future, whenever, whatever – in other words, they cannot be sure it is or will happen. That is in the IPCC.

Summer temperatures have trended down. The fact we sequester all summer in AC homes and cars…makes it seem hotter (NOAA data) 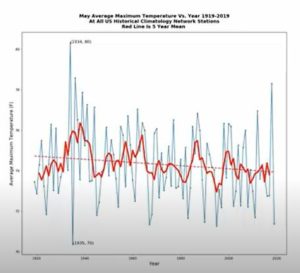 From the Forest Service (USDA) – Fire much reduced since 19th century after peaking in 20s. 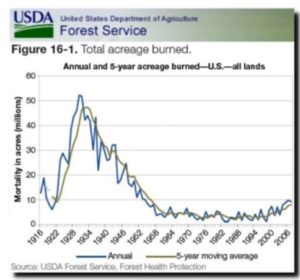 The average temperature in Cimarron, NM (from NM Meteorological survey) 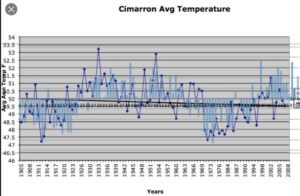 Drought less common, less severe in recent years – but drought is very common, has always been common since Biblical days and before 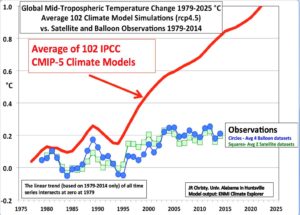 So when has a single model been right? They haven’t. When you argue the climate has changed so much that the corals are white, but cannot explain how they recovered in a mere 4 years and yet blindly continue to argue they went white due to “climate change”, well you are a blind idiot- when, in fact, it is a common repeating cycle of the life of coral… well, then you are convinced the world is doomed but won’t live long enough to see it… and a baby born this week is unlikely to be able to see it even if they live to be 100.

The bottom line is that this crap is taught to school children as if gospel and in doing so are creating a generation of terrified children thinking their world is about to end. What garbage. It gives science an undeserved bad name. Don’t get me started on the subject of research done solely to satisfy the group paying for that research grant. And in doing so, are committing scientific fraud on a scale to make Piltdown Man look like a picnic.