What an utter crock of crap. The USGS does not “discover” anything. They do not drill. They do not do seismic, nor much of anything else other than accumulate data from the oil companies and their research. And these are estimates of “TRR”s… Technically recoverable resources….what they don’t tell you is that 90% or more is technically drillable at some price…not $65/bbl…more like $250/bbl or even $2,500/bbl. And if you ban fracking then zero of that 20 Billion bbl. can be produced.

The Wolfcamp has been a round a long time. It is well understood to have tight formation oil that is not recoverable by conventional drilling and production techniques. The assessment is merely a literature examination and a statistical modeling of projections they make using electric logs and generalized data. The sampling is then extrapolated into a “big picture” for the entire basin. A better assessment is that done by the Texas Dept. of Economic Geology. The pdf I attached explains the difference in proven and unproven reserves and reserves and resources. One such assessment recently gave millions of barrels of oil potential in the Reelfoot Rift of NE Arkansas and the Ouachita Basin…two areas that has never produced a single gallon of oil or more than a puff of gas. Another such assessment was written down by about 90%. USGS Assessments

Ten years after, we still suffer from the consequences. So was Barney a liar, or just that stupid?
Barney Frank – No problem

2.2.2005 my comments months before above, from Realty Times

Warns appraiser Terrel Shields, “… The financial day of reckoning will come. When it does it will be like the early 80’s when Realtor after Realtor consolidated, downsized, or disappeared. Allowing prices to be raised, not by economics, but by price spiral caused by increasingly inflated prices from bad appraising and equity milking by borrowers will collapse the market far worst than a normal trend would do.”

Today we are bombarded with scientific nonsense. Daniel B. Botkin, ecologist and author as well as professor emeritus has shredded the global warming crowd and they hate it. But he lays out compelling evidence that climate myths are destroying the environment. Further, he has sound science behind him.
In judging the moral philosophy – some call it “ecosophy” or “Deep Ecology”– of a respect for other animals, to imply that it is our moral obligation to not allow any species to go extinct, not even such things as the Zika virus or the mosquitoes that carry it. In doing so we maintain a “balance of nature.” The problem is that there is no such thing as a balance of nature. Nature is cyclical but not repeating. Animals found 600 million years ago are with almost certitude not found today. In fact, one million years from now, the human animal may be extinct and there is no reason to think we won’t evolve or are exempt from the extinctions that are a continual progression of life since life began on the planet.
So when we “believe” in global warming, and we embrace certain dogma such as the balance of nature, we are practicing the religion of Ecosophy. Science is not a belief system. It is not a religion. We don’t attend the Church of the Holy Global Warming. It is science. And science is the constant testing of theory to assure us the real world is what the theory is describing. Failure to repeat the results of an experiment means the theory is wrong. And global warming models are wrong. Why?
Global warming – the religion – relies upon General Circulation Models (GCM), a stable, steady state model which, as I said above, relies upon a balance of nature that does not exist. Those models have a standard model. That is based upon an unusually stable and warm climate period from about 1960 to 1980 or 1990. Then the exact same model is run with carbon dioxide being added. Then the simulations run in parallel until they achieve equilibrium. By now you might have guessed that the premise that climate is stable is nonsense.
Earth’s temperature has basically been estimated back for thousands of years using ice cores and tree ring studies. Radical changes in temperature have been recorded for millions of years in the very fauna and flora of ages past. Cyclical Ice Age events have occurred and periods of very warm temperatures also have occurred. They will continue to occur. There is no “steady state” or balance of nature. There has never been a long period of time without cold or warm events. After 300 years of warming in the Medieval Warming Event (MWE) the world entered the Little Ice Age (LIA). Villages built in Swiss mountain passes during the MWE were overtaken rapidly by glaciers during the LIA. Today as melting occurs of those glaciers, 800 year old trees are exposed, meaning the glaciers had retreated after the Ice ages of 15,000 years ago, and have periodically advanced and retreated and is documented by trees growing in the MWE and being covered in the LIA.
Today people are arguing (stupidly) that the world will be covered in water soon due to global warming. The poles have been ice free before. It would not be a unique event. But a storm surge is a storm surge and it relates to the tidal forces and the sea level. Even accepting the idea that sea level has changed by 6” in the past 100 years, a fundamental math problem is that the storm surge cannot be more than 6” higher than if the ocean had not raised. It’s physically impossible for the surge to be higher than the additional height of the ocean. 90% of such claims relates to a sinking land, which describes every deltaic environment in the world.
We have had a huge interval of low hurricane activity that has hit the U. S. shores with a magnitude 3 hurricane. No matter the total lack of any data or even any research that suggests hurricanes relate to global warming, the next hurricane to approach, make landfall, or skirt the U. S. shores will without a doubt be hailed by the High Priests of Holy Global Warming to be evidence of the impending doom of the world if we don’t somehow suck all the carbon dioxide out of the world and achieve the impossible, a steady-state, never changing climate. It won’t happen. 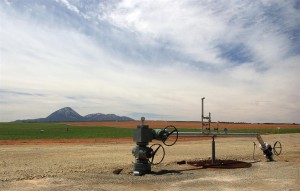