To show that drilling is concentrated in W. Texas, the graphic below shows where and how many rigs are running today. The “Permian” Basin shows to have more than half of all rigs today. Texas has 2/3rd of all rigs and they are producing mostly horizontal “unconventional” “liquids rich” oils – in other words, the oil is light and is mostly natural gas with ethane, propane, butanes and some of the heavier oils that they want. That’s why there is more gas than there is gas pipelines to carry the NG away from Texas and to markets that need the gas.

Another notable feature is NY and Maryland are part of the Appalachian Basin but fracking is banned in both states. Only a vertical well can be drilled and frankly, very very little of that is happening. The drilling is in W VA, Ohio, and PA. And, Boston, for instance is desperate for a pipeline through NY but NY won’t allow it. A pipeline from the Marcellus of PA to Boston would make natural gas cheaper in Boston. Boston imported Liquid Natural Gas from Russia – no more. So they are paying a premium for LNG in competition with Europe when there is plenty of natural gas if NY would simply allow the pipelines to cross the rivers – the only part of the pipeline planned that the state can stop. The Feds approved the project years ago. 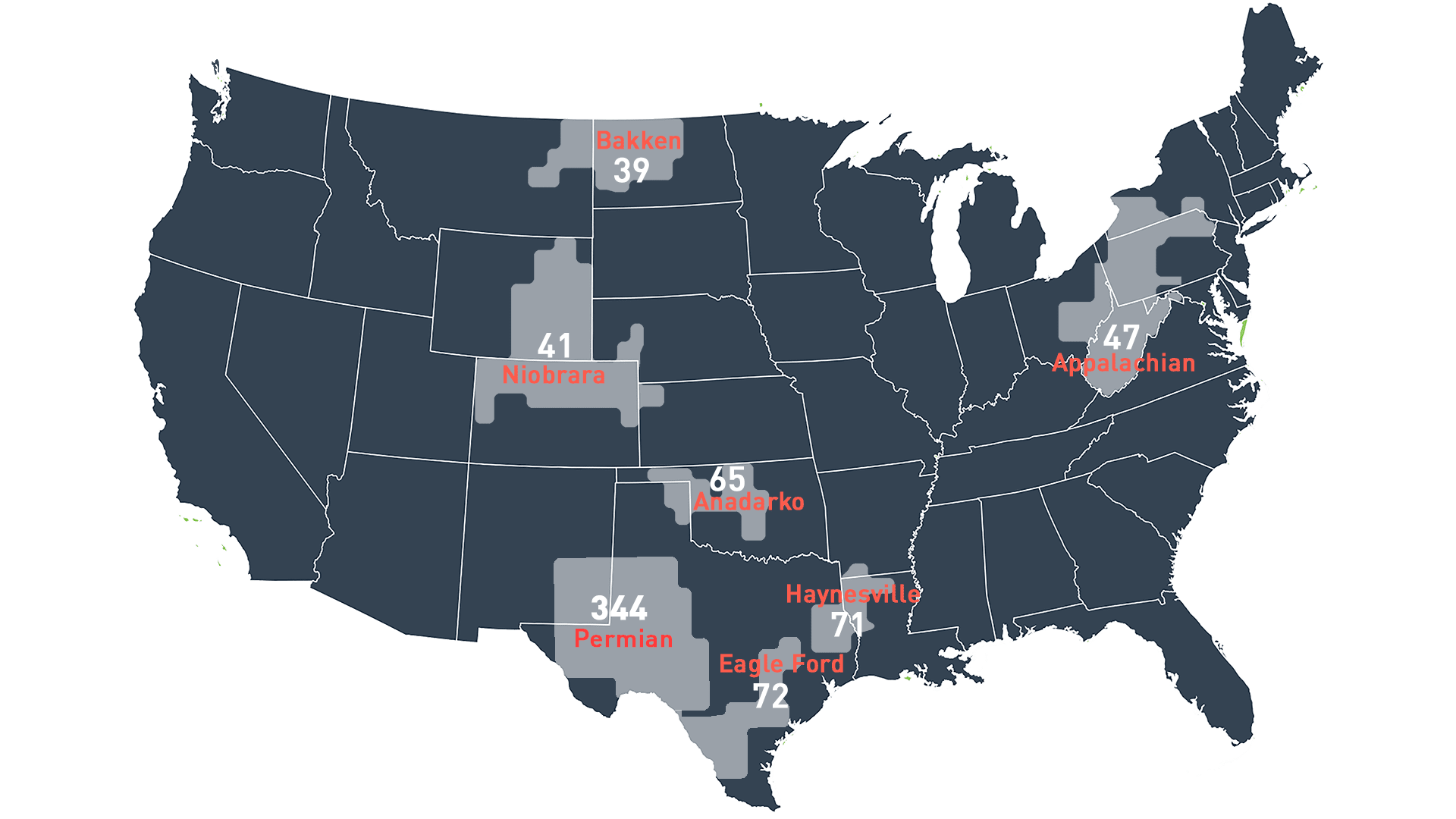 After gasoline prices falling for weeks, that reversed with rise of 20¢ or more since July lows. But as I write mid-October oil prices have fell after the OPEC+ meeting to reduce production in the Middle East and Russia.  This move is less than it appears in my opinion. OPEC is anticipating that the economy will go into a recession (much of the world already is) and demand will continue to decline. Further, OPEC failed to meet its previous quotas anyway so a cut of 2 million, in reality, is more like a cut of 800,000 barrels.  Nigeria, Libya, and elsewhere are having some real issues with logistics and unrest in the country.

But the real back story is diesel.  Diesel prices did not fall, it is a shortfall in production, that is not easy to cure. With diesel fuel running over $5 per gallon, the spread between gasoline and diesel is getting wider. This has a huge impact upon agriculture in so many ways, not just diesel fuel for the tractors to actually plant and harvest grains.  Fertilizer is made from increasingly expensive natural gas, and potash and phosphates are increasing dramatically.

Five years ago, lime cost $20 per ton, last year it was $30 per ton and I just priced it last week at $38 per ton. I will be applying 2 ton per acre which translates to $76/acre. Without the lime, crops (hay in my case) will not absorb nutrients as readily as if the soil wasn’t so acidic.  Further, nitrogen phosphorus and potash (the NPK nutrients) are big items running some $750 a ton or more.  Triple prices a few short years ago and at times has run much higher. Again running some $75 per acre for the farmer, and in the case of hay, I had a good year producing some 3-4 tons of hay per acre but the net was barely $100 per acre – in other words, I lost money this year on one of the best hay crops I’ve ever produced. That isn’t ‘sustainable’ agriculture.

By far the most interesting development in the LANXESS lithium project is their application to the Oil & Gas Commission for guidance upon how and what to pay royalty owners in the field where the brines are being taken.  If you have minerals with the Bromine plant then you are in the lithium project as well (I think I am right on that.)  So you should get a notice of this hearing – likely a hearing in December. GO and voice your opinion. Today the bromine royalties are simply a per acre value. Lithium should be more valuable and you should get a better piece of the pie. Just saying…

Lithium prices are high. And recently a claim is a new form of fast recharging aluminum-sulphur battery is being developed. If so, it would radically alter lithium demand. Aluminum requires a large amount of electricity to process by itself, but if this technology is viable, it could be a real game changer.  The question, of course, is can we upgrade our electrical grid to suppose millions of EVs?

Battery life and battery fires are a real problem so far. Many parking garages won’t allow EVs to park in their garages in fear of a fire.

The fleet of rigs is slowly ramping up but is hampered by a lack of personnel, parts shortages, and the modern diesel electric rigs have issues keeping a supply of electric motors.  A rebuilder says the Chinese motors most commonly used now are almost impossible to rebuild unlike the older motors that were made in America.  Pumps and other large castings are frequently made in China by firms from outside the country and shipped to the US and other oil producing countries. It will take years to recover the peak drilling years of 2013 or 2008. And most of the drilling appears to be in known petroleum provinces on private property.

Finally, I will make a prediction. This winter is going to be terrible for Europe if cold weather dominates. And no doubt Putin will cut the supply of natural gas to them just to tell them who is really the boss. The folly of the EU claiming they are going green when, in fact, they are creating an energy famine for their own people. They are fossil fuel short. This will impact prices here severely. And here refiners are also weather dependent. Their choice will be to produce heating oil for the Northeast or gasoline and diesel.  I see gasoline prices going back up by at least one dollar a gallon by January short a miraculous warm winter both here and in Europe.