I was visiting with a friend recently and we were talking about the “good old days” which we recalled to not always be so good. But I ventured that without electricity, we would be back to the old days overnight. How would we survive? I still have a barn with milk stanchions. I still have an old work harness and even a wood beam turning plow along with a few other horse drawn work tools…but could I really survive out of my garden and with an old milk cow and few chickens? I don’t know. But the generations before me did. 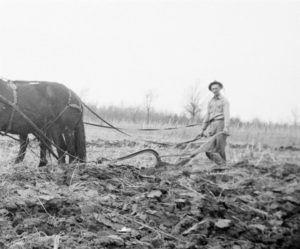 I was actually born before electricity came to our farm. We had coal oil lamps (I still have one myself.) We had no air conditioning, no generators, and still plowed the garden with “Pet”, our horse, until I was in school. We drew water from the well (again, I have a pulley and well bucket so I could get water…) and cut firewood for heat. The electricity in 1950 and that today was predominately generated from fossil fuels. Coal, oil, and gas are used to generate most electricity in the world. Relatively small amounts are generated by hydroelectric plants and nuclear plants. Solar and wind account for virtually nothing. If all the solar and wind generators shut down tomorrow the world would hardly notice. Yet people seem to still delude themselves into thinking that a few more windmills and solar panels will replace the entire oil and gas industry.

Lithium is no panacea. It explodes. It burns. 60 years from now we will laugh at the idea it was going to be the energy storage system of the future. Yes, just like in 1955 when we were talking about atomic engines in cars.

Not once is the oil company given credit for making your lives better. In fact, apparently the oil companies not only need to supply the consumer with profit free oil but they expect them to spend their profits not for the shareholders of the company but to find some alternative to oil and gas to literally replace themselves. I am addicted to oil. I am addicted to air-conditioning, central heat, warm showers, and tires that run 60,000 miles.

The new energy source of the future may not even exist in the minds of mankind today. It will develop when necessity forces people to think outside the energy box we are in. Oil companies should not be reviled for doing what they do best.

Uncle Pat wasn’t addicted to oil. He was addicted to horses. He never learned to drive. Think how much fun it was to run into town on a rainy day in December with a north wind of 40 degrees… 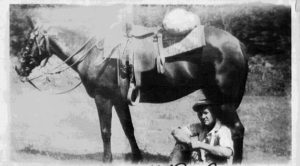 This is what the British courts thought of the “science”
He stated: “It is built around the charismatic presence of the ex-vice president Al Gore, whose crusade is to persuade the world of the dangers of climate change caused by global warming…It is now common ground that this is not simply a science film- although it is based substantially on science research and opinion, but it is [clearly] a political film.”
http://www.wsj.com/articles/SB10001424052702303480304579578462813553136
As for vast consensus, parroted by you, one researcher claimed 97% of nigh thousand reports agreed with global warming, but when vetting only 61 of those journals actually said that.

The “97 percent” statistic first appeared prominently in a 2009 study by University of Illinois master’s student Kendall Zimmerman and her adviser, Peter Doran. Based on a two-question online survey, Zimmerman and Doran concluded that “the debate on the authenticity of global warming and the role played by human activity is largely nonexistent among those who understand the nuances and scientific bases of long-term climate processes” — even though only 5 percent of respondents, or about 160 scientists, were climate scientists. In fact, the “97 percent” statistic was drawn from an even smaller subset: the 79 respondents who were both self-reported climate scientists and had “published more than 50% of their recent peer-reviewed papers on the subject of climate change.” These 77 scientists agreed that global temperatures had generally risen since 1800, and that human activity is a “significant contributing factor.”

With 10s of thousands of scientists in the world when does 79 make a statistically significant sampling?
CO2 is not the primary climate driver in a volcano. It is the sulphur content. Some volcanoes contain 50% H2S in the gas. This quickly reacts with water vapor and sulfuric acids impact the atmosphere and float around as a greenhouse gas for years, even decades.

“Pop” science is just that. Reading the Sunday supplement probably subtracts from the sum total of your knowledge. If you read the referenced articles and authors you find often that they don’t actually say what is attributed to them. They, like appraisers, tend to crouch unknowables into “maybe, could be, appears, models seem to indicate, etc.” The test is to test the data, to repeat an experiment, and confirm the results. Pop surveys of OPINIONS of scientists is as worthless as any other opinion. Opinions NEVER create a substantial fact.

Likewise estimating the volume of a pollutant from a volcano is problematic and not very precise. It could be off by 1 magnitude. I just listened to the director of the Oklahoma Seismic station give a talk and he was saying that different people can interpret the data differently and it would result in a reported difference of a quake of magnitude 5.7 to 5.8 or even more between. Yet, that would be 32 x more energy in a 5.8 as opposed to a 5.7. That is not very precise.

Why do we expect a “scientist” (a self-reported scientist at that) to be any better than an appraiser. We have good appraisers, bad appraisers, and mediocre appraisers. Some mediocre appraisers are very successful. Some mediocre scientists are very good about gathering research funds especially when they have a ready market of cash to “prove” global warming” to someone who is making millions off carbon credits. Do you think they would ever conclude anything except “global warming” is alarming, and the next thunderstorm may trigger a global catastrophe and…oh, by the way I am certain we need more research and can you write a check for another $300,000 or so?

It seems that there isn’t much in the way of a legislative fix for mineral owners to make oil and gas companies “honest”. We continue to hear of people who are getting zero dollars royalty for small and older wells. OK. Why? Isn’t that a definition of not economic? And, if not economic, the well(s) should revert back to the mineral owner.

That seems to zoom right over the operators heads and most mineral owners to boot. When prices are this low then the operator has an obligation to shut the well in until prices improve or release the lease and let the mineral owner have it back. Instead they are gaming the system. Excessive post-production expenses are charged against the property and even in some cases results in YOU owing the operator!!! This was the elephant in the room no one talked about. You all thought oil was going to be $100 a barrel forever and everyone would make money. It is clear that there is a systematic looting of the mineral owners share that is industry wide. I see no real fix after the barn door has been opened. This was things you must address before the lease is signed.

This is where mineral owners really have fallen flat. DON’T LEASE WITH POST-PRODUCTION EXPENSES! Make provisions in the lease that requires a MINIMUM annual payment that increases over time. Yes, I’ll let you get by in year 1 for a few thousand minimum royalty. But next year that doubles and the next and the next. Leaving the mineral owner to languish for years or paying a pittance to “hold” a lease is wrong. Don’t let them do it to you.