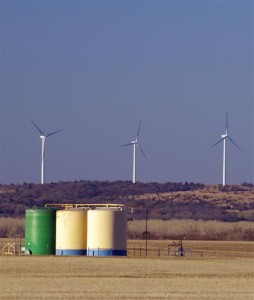 An electric motor is about twice as efficient as a gas engine. Diesel engines are somewhat more efficient than gas but heavier as well. A typical 4 cyl engine weighs about 300#. A Tesla battery weighs 1200#. Also, the less efficient AC motor is in some E cars whereas the Model 3, for example, has a DC motor.

The problem with converting to all E car is that you will need beaucoup more COPPER, LITHIUM, COBALT, and NICKEL none of which we mine here in the US except a few very small old mines. The idea we are going to mine the Salton Sea or open mines on either private or public lands without a huge backlash from environmentalists….well, dream on.

Perhaps the worst of it and totally unprepared are we now, is to upgrade our electrical grid. We need to make the grid more robust with much larger wires, upgrade all of it to 3 phase electricity, update and increase the size of virtually every substation and transmission line in America; AND, finally, build nuclear power plants out the wazoo, by one estimate, we need 53% more electricity by 2035. We use about 4,000 terrawatts annually now. That is 2 MILLION megawatts or 2,000 gigawatts.

The average nuclear plant is about 1,000 megawatts – 1 gig. The average coal fired plant is about 600 megawatts. That means we need to built 2.56 POWER PLANTS every WEEK for 15 years to catch up with projected demand. Yet they claim solar power by 2035 will exceed production from gas fired plants. THAT ASSUMPTION IS NONSENSE if there is no battery storage technology capable of holding that electricity generated in the day and releasing at night. There is nothing on the horizon suggesting we will have such storage available by any technology. In other words, we still need a base source capable of regulated flow of electricity. Marine Le Pen said it exactly right. “Wind and Solar are intermittent, not renewable, sources of electricity.”

Remember when George Bush II was touting hydrogen as a fuel and we’d all be driving fuel cell hydrogen e cars by 2020…That’s 15 years ago and there are 6,600 or so such autos on the road, production being no more than an expensive experiment. And a major fire hazard as well as a shock hazard. These complex technologies are not ready for prime time, and I bet 15 years from now when I’ve likely returned to room temperature, there won’t be a significant number of hydrogen fuel cell autos on the road then.

All the claims of how much electricity and solar power will be generated is a pie in sky project based upon the MAXIMUM electricity these could produce but the reality is they only produce 10-20% of their rated max.

Imagine – 3 megawatts MAX production from a wind turbine (usually spaced at least 80 acres or 8 mills per sq. mile.) Say the efficiency is 33% (it isn’t that good) you are putting out 1MW per square mill of wind mills. Then we need 2,000,000 SQUARE MILES for all the wind to absorb the 2terrawatts we will need extra, or 6,000,000 SQ MILES to generate all we will need by then. Wood McKenzie estimates the average amount of copper alone in 3.6 tonnes (2,200#) per Megawatt. That means mining millions of tons of copper from trillions of tons of ore to make enough copper…and where do we get that?

The last few months should point out the painful truth about e cars and fossil fuels. We have a 200-600 year supply of coal, oil, and gas and we will need to use it until a far better energy source is created by technology. And no technological ‘fix’ will prove to be 100% failsafe, 100% reliable, and 100% “environmentally friendly”…none. Not now, not ever.