The energy end game is unknowable. But let’s sum it up.  Winter has been mild. This, not “renewables” has saved Europe so far. Further taking coal and nuclear plants out of mothballs is helping, not building more wind turbines and solar panels.

The oil business collapsed when demand collapsed in early 2020.  Gasoline prices jumped almost from the day Biden entered office carrying out his agenda to destroy the oil industry in its entirety and replace with a non-existent “green energy” source. Gas Prices didn’t really rebound until the spring of 2022 as Russian threats grew bolder. Suddenly the shortage of energy and high gasoline and home heating fuels became very painfully real.

Today we are on a knife edge. The recovery was not about having access to oil. Rather the bottleneck was in the refining. The lo 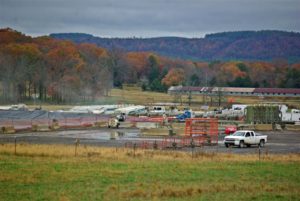 ckdowns shuttered poor performing and older refineries. We now have fewer refineries than we’ve had in decades, with the last new refinery some 50 years old. Further, the oil industry is not going to expand willy-nilly. They are not going to build new refineries to lose money with Biden promising to put them out of business in a mere 13 or 28 years – which ever they babble about. These are long term investments.

The industry has responded.  Today the utilization rate is 93%. It was 89% last year. And the long time average is only 85%.  Refineries are necessarily subject to shut downs for maintenance. We are one explosion away from a refining crisis. Management pressures these refinery managers to maximize production, and too many times that means minimizing safety concerns.

And the economy is weak. We are in recession and pretending we are not is nonsense. Demand is not anticipated to continue increasing. Traders see this and trade accordingly.  Oil prices are off highs substantially. And the result is a high risk for producers to over-produce, over-store, and under-sell oil and gas products. And that drives prices below the cost of production. Oil companies want to avoid that.

Assuming we have an “open” winter, price pressures should soften by spring. Currently refiners are gearing to produce more diesel as the spread between diesel and gasoline has widened to a very large spread.  As it stands, oil prices will be range-bound between $70-90 a barrel until spring and then we’ll see what we see.

Ukraine will have to capitulate eventually. Russia will be a pariah but Europe’s war memories are short. They will be buying Russian oil and gas again, probably as soon as next year.

On the inflation front, the pressure will continue to be on prices, I believe for some years to come.  China is central to the slowdown. They have an economy that is weak. Banks that are weak and production is falling. And we are far too dependent upon that production for far too many things from batteries to clothing to car parts. Bringing production closer to home will require investment and higher costs which means a more secure, howbeit more expensive, future. The world has changed.