Meanwhile back at the WH Ranch…the White House was preparing to release up to 1 million barrels of crude daily to rein in retail fuel prices.​

​
The specific period of the release has yet to be agreed, but it could be a few months, the AP source said.​
​Gasoline prices have spiked above $4 per gallon in much of the United States, hitting a fresh high of over $6 per gallon in Los Angeles earlier this month. President Biden recently blamed the gas price rise on Russia’s President Putin, calling it “Putin’s price hike”, although prices were climbing at U.S. gas stations long before the war in Ukraine began.​
​
In fact, the first time this White House resorted to an SPR release was last November, when the White House announced it would sell or lease 50 million barrels of oil from the strategic petroleum reserve to try and alleviate pain at the pump.​
​
At the time, analysts warned that the SPR release would not have the desired effect for various reasons, such as the type of crude to be released versus the types of crude used by refiners to produce fuels. Also, they said, traders had already priced in the release, and it would not affect benchmark oil prices on which fuel prices are based.​
​​
These analysts turned out to be right, but the federal government went ahead with its release, which by January had totaled some 40 million barrels without much affecting oil or gasoline price movements.​
​

A few years ago, an “oily” friend I know was visiting with a relative in Louisiana about the SPR where that relative worked. He said something to the effect that, “The oil going into the SPR goes in light to medium grade oil, but when we take it out, the stuff looks like rubber cement. It’s thick, sticky and has to be treated, heated and processed to get back to a usable state.” Why this happens I don’t really know but it is an interesting observation. So the question remains if they can actually deliver usable crude oil to the refiners and merely selling the oil at a discount serves absolutely no purpose.

The complaint Biden has with oil companies – slammed once again for making a profit as if they had some moral obligation to lose money – is he wanted them to take that profit and use it to PRODUCE more oil. WTF does producing it mean? They cannot invent oil. They buy it. Exxon rarely drills any oil, they own fields and generally those are old large fields with limited capacity to produce more. Production comes from exploration and that comes from smaller more nimble companies willing to risk drilling. The result of that drilling is SOLD. The drillers don’t refine it. The producers do. And even the ubiquitous Exxon sign on a station does not mean Exxon-Mobil is running the station. Almost all their stations are owned by individuals or small companies. They merely brand it, just like your local Pizza Hut is a franchise.

The U.S. President called on Congress on Thursday to make American oil companies pay fees on wells from leases they have not used in years and on acres “that they are hoarding without producing,”​

I can say from my years 1973-91 in the patch that there are leases undeveloped simply because the Feds or state would not allow a pipeline or a road to be built. I was near Grand Junction, CO in 1980 when a pipeline was finally approved to run to some wells that had been drilling in 1958. Only when Coors was drilling gas wells nearby did the BLM finally relent and allow the line to be built. I know some leases in SW Wyoming where one nest of prairie chickens could stall drilling for years. Out of the 9000 undeveloped leases, out of some 100,000 such leases, 2200 are currently held up in court. Hundreds of others are awaiting approvals from the various agencies involved. It is well known in the patch that dealing with the Bureau of Indian Affairs (BIA) is the worst of the lot. And another friend working as a geologist in SE New Mexico years ago said a lot of leases were held up by archaeologists because they mistook a fulgurite for an ancient campsite (no your campfire does not melt sand but lightning does). Further, if the lease is not drilled – it is only five year terms anyway. In five years, the government keeps the money and the lease is free to be leased again.

The “endangered” prairie mole cricket was another hoax. For years they declared it “extinct” until someone found one, then it was “endangered”. Then a survey indicated the cricket was neither. In fact, it was wide ranging across several states- Oklahoma, Arkansas, Kansas, and Missouri. Despite early claims that it “only” thrived in the tallgrass prairie lands, it was found to be quite common in pastures across Eastern Oklahoma and S. Kansas less so in the Ozarks and elsewhere stretching from Ft. Sill, OK to Leavenworth, Kansas. But it held up drilling on Federal leases on Ft. Chaffee for months.

Even if ConocoPhillips decided to pump more oil today, the first drop of new oil would come within eight to 12 months​

​Our idiot-in-chief seems to believe that oil companies have an unlimited reservoir of oil just sitting and waiting to be pumped. No consideration of the fact that when drilling collapsed with the Covid pandemic, they don’t put roughnecks behind a “Break in case of fire” box and let them out when they need them. Those people go find other jobs. Drill rigs are not carefully packaged to be instantly available. Drilling companies cannibalize an idle rig to keep the few working running so they are not buying new equipment and having the other rigs in reserve. To bring a rig back into the fleet won’t happen without repairing missing parts, and securing roughnecks and drillers. Computerized equipment will need software updates and new programs. Once drilled, a logging truck must be procured. Those, likewise, were cannibalized to keep the rest running. Then they need both a long-term contract to go to work and the financing to make the repairs. Like 99.99% of businesses, they are not entirely self-funding. They borrow money. And the Biden administration has actively discouraged banks from lending to conventional energy. And in response a wind turbine gets precedence over a new drilling project. 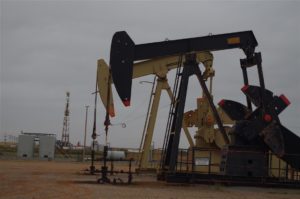 Biden demands they throw caution to the wind and produce without the least understanding in what is involved. Most larger companies have a fiduciary responsibility to shareholders to operate sensibly and do so at a profit. Throwing money into the wind is not an option. And most states have a “prudent operator” standard which companies must abide by. They have to take their proposals before the oil and gas commission and make the case that the prospect is feasible… a sort of Highest and Best Use analysis before the state issues a permit.

Finally, another example of the bureaucracy. When oil prices fell in 2008, a friend was prospecting in Colorado and had gone so far they had put up the required performance bond to assure that plugging and abandoning would be done if the well was not a success. He and partners in the well decided not to proceed and allowed the private leases to lapse. But the state to this day, has never released their bond despite their repeated requests for them to do so. He no longer does business in Colorado as a result and allowed all his leases to lapse.