Listening to Agritalk dot com and they have two energy themes day after day. Natural gas is “too high” and “ethanol is clean and low carbon”. Neither proposition is supported by facts. Natural gas was over $2 per MCF FORTY YEARS AGO…adjusted for inflation, that means natural gas, ignoring the much greater cost of fracking, for simple time value of money, should be about $5…2.45% annual inflation compounded. Discount the average well cost today is probably 8 to 15 times that of the cost of drilling in the 1990s or before.

So $4 gas today is still undervalued. $5 gas is a recent development and relates to half the production in the Gulf being shut in from Hurricane Ida and the subsequent damage and delay of repairs by Hurricane Larry. But the trend line is for higher prices in the long term and that is simple economics and politics. I predict some weakening in prices before winter but a cold winter means real price increases into the spring.

The economics of unfettered fracking finally woke the investors after the crushing low prices of the past five plus years. Lenders and investors (read Hedge Funds) are demanding more income and they will get it or take over the company. Without trying to explain why these companies were booking phantom reserves based upon counting undrilled reserves as “value”, I will simply describe it as kiting checks. And low prices forced so many companies into bankruptcy that the investor realized finally that they were being led down the primrose path by fancy accounting.

The result was no more drilling for the sake of booking reserves that may or may not exist. The drilling must result in favorable and profitable production. And obviously, by cutting drilling back, and let the market absorb a lot of that production surplus, prices got better. If these companies have a lick of sense, they will continue to cut back drilling so that existing wells can be profitable. There is a minimum production level that a well needs to simply pay the cost of maintaining the well, transporting the gas, treating and compressing it into a pipeline. And in many cases this was barely breaking even. The proof is in the lack of income from mineral owners who are being crushed by this.

Further, to return the investment isn’t good enough. You need to make a profit above and beyond the invested money. Gas that is produced in the fracked but mislabeled “oil wells” is overwhelming the pipe lines. By touting these wells as oil, it ignores the fact that 90% or more of the production is gas, a.k.a.- associated gas. Meanwhile the oil is only a few barrels compared to millions of cubic feet of gas after the initial flush of oil that comes in the fracking process. After as few as six months, these wells stop producing oil for the most part and are simply mediocre gas wells.

Areas with “dry gas” (no associated oil) are not even drilled. There is too much associated gas. For instance, the Fayetteville Shale has extremely low production now, and no wells have been drilled for several years. There is no oil in that basin.

In reality, natural gas would need to be $6-10 per MCF to sell for the same on a BTU basis as oil. A barrel of oil has roughly 10x the energy content as 1,000 cu.ft. of natural gas (1 MCF.) That varies with the gas BTU content as well as oil content. However even at $5 you are talking 1:14 ratio. Recently that ratio was 1:25.

“Oil” on the other hand is another item. We achieved energy independence for only a few months. We were exporting light oils that were used in petrochemical and plastics production, such as ethane. We were importing heavier oil which is better for refining gasoline and diesel. Killing the Keystone pipeline meant losing a blended oil. You take the thick tar oils from Canada and blend with lighter ethanes, propanes, and butanes and you create an artificial oil stock that can be refined into jet fuel, diesel and gasoline.

Since Covid, that mix of medium and light oils has been flipped on its head. The lighter fluids that are rapidly depleting in the absence of drilling are in demand here, whereas less travel and gasoline use means we have that in greater abundance. Russia is now the 2nd leading importer of oil into the U.S. Think about that.

It seems a sort of perverse given that under Republican administrations the oil business sees lower prices then higher prices, but less regulation. Under Democrats, we see energy shortages and high prices. In all, the oil business profits much greater under the Democrats bent upon destroying the entire industry and low prices are a serious issue under Republican administrations. If you think that Clinton was an exception, remember that George Bush I made a deal with the Saudis to assure we got a glut of cheap oil after we saved their bacon in Kuwait. Without that, then oil prices in the U. S. would have been much higher during the 1990s which would have stifled the boom economy that Clinton enjoyed.

Next time I will talk about how ethanol is very marginal as “clean” energy and global warming is an artless and unscientific lie. 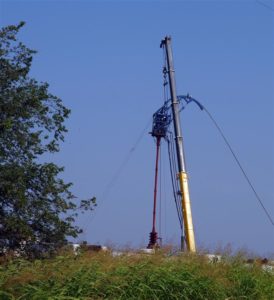 Completing a well with continuous tubing